Back on June 18 2020, Mercury stationed (or appeared to stop) to go retrograde.  The days before and after the station, Mercury seems to stand still in the sky.  His motion turned direct on July 12 2020, meaning the days around the station Mercury stands still again before moving forward again.

Mercury is the wing-footed messenger of the gods, but he was also a trickster.  In astrology, he rules the mind, communication, computers, and vehicles.   Around the stations, when he stops, and during the retrograde period he can amp up his reputation as a trickster.

American sprinter Noah Lyles is not impressed.  On July 9, 2020, just before Mercury stationed to go direct, he competed in a 200m track event.  Lyles was running solo due to the social distancing protocols.  The American thought he beat Jamaica’s Usain Bolt’s record of 19.19 seconds in the 200m with a time of 18.91 seconds.  However, he somehow he started on the wrong block only running 185m, not 200m. Ouch! A classic example of Mercury retrograde.

A friend of mine commented on the post saying, Lyles should have known where he was starting from as he ran this race hundreds of times.  Yes, while that is true that he should have known but …. Mercury was retrograde.   This is why when Mercury is retrograde that you need to check and double-check things.  Retrograde = review!

Mercury goes retrograde three times a year, but not everyone gets affected by each time.  The level you are affected depends on where Mercury retrogrades in your chart and to what planets it connects with.

We don’t have a birth time for Lyles, so I set his birth time for noon for an approximation.  Here’s the noon birth chart, and we can see retrograding (stationary) Mercury opposite his Moon (memory)- he forgot from where he was to start the race.  The Moon rules his Sun as the Sun is in Cancer, so his essence of being was being affected.  In addition to Mercury, Neptune (confusion) is opposite his North Node (his destiny).  As they say, you win some, and you lose some. 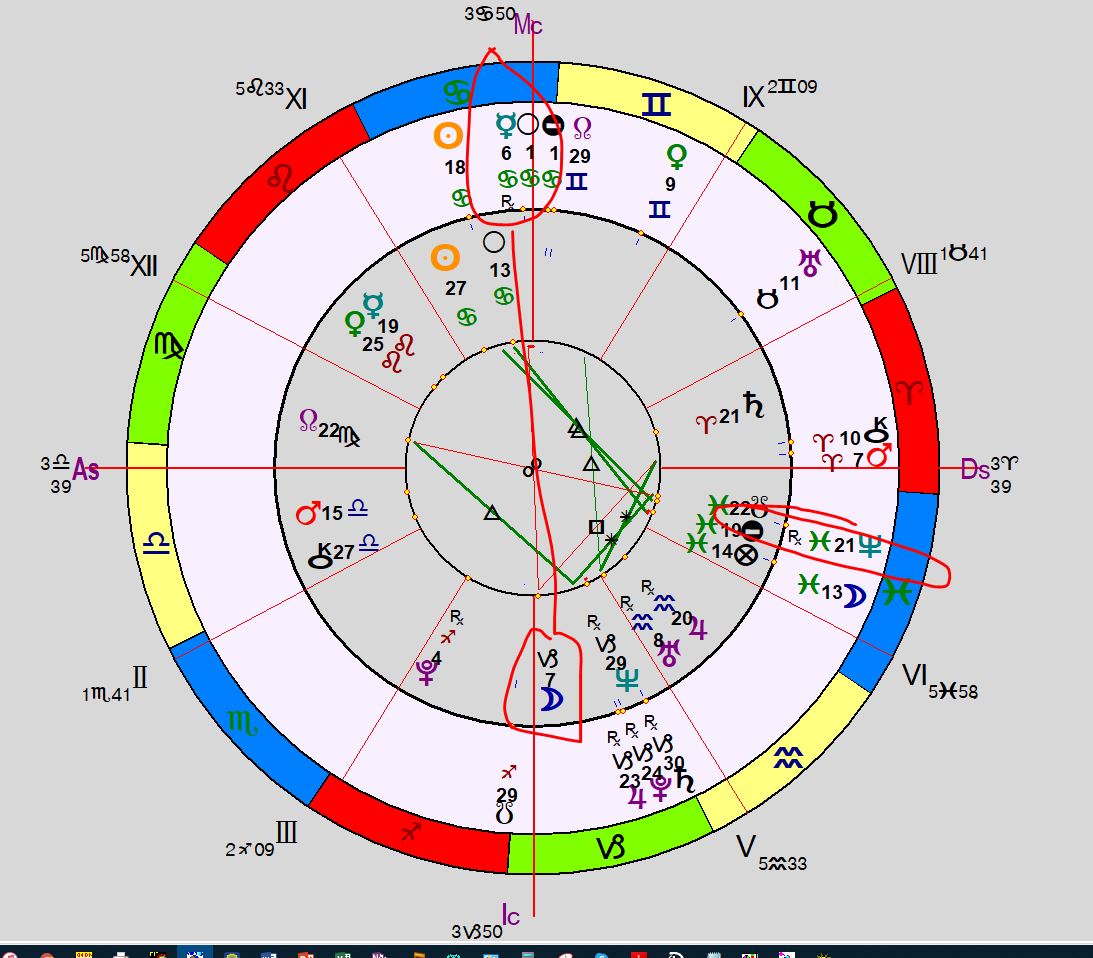 For additional information on Mercury, please see an article I wrote.  Mercury Retrograde? What is it?