Belarus had a federal election on 9 August 2020, in which President Alexander Lukashenko was declared the winner.  Lukashenko has been in power since 1994.  However, on 14 August 2020, his opponent, Sviatlana Tsikhanouskaya, claimed that she had received 60–70% of the vote whereas the government media claimed 80% in favour of the incumbent Lukashenko. 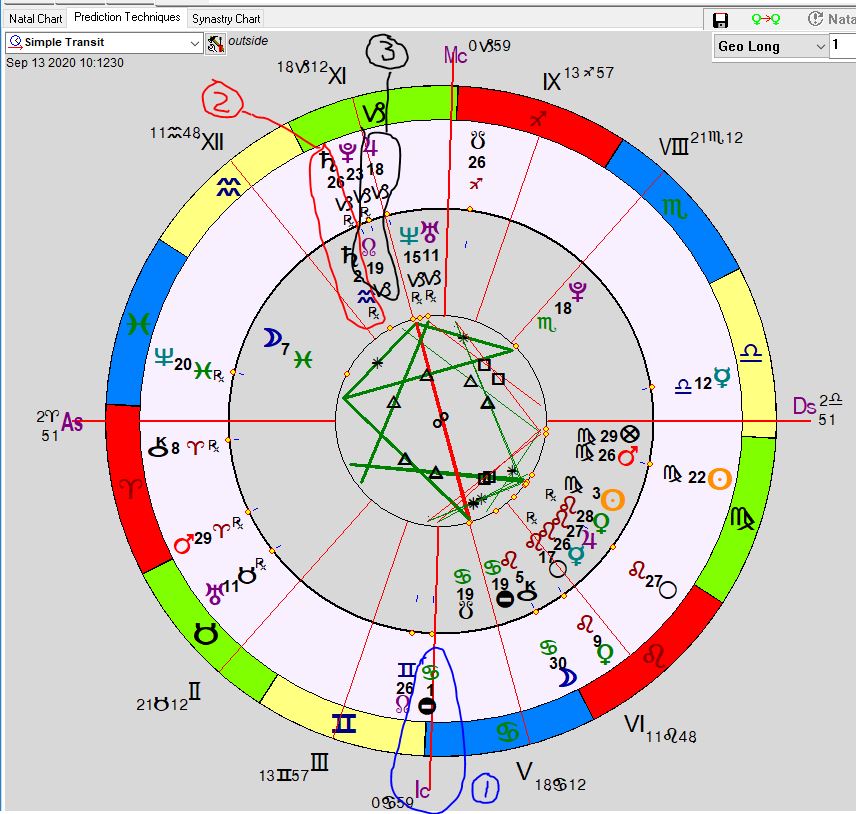 (1) The first thing that can be seen is the eclipse. In transits, the previous eclipse was right on the cusp of the fourth house, which represents the homeland.  It is also opposite the tenth house of the government.  Eclipses bring about challenging, transformative or destructive events.  The effect of this will last until the next eclipse, 14 December 2020.

(2) At the same time, Saturn, which rules the tenth house of the government, is coming to transit the natal Saturn. This can bring about difficulties.  Lukashenko obviously, sensing people’s displeasure with his handling of the COVID situation was probably starting to plan his stay in power around May when transiting Saturn conjuncts natal Saturn.  Saturn went retrograde and will cross the point again in January 2020.  This could be a time where we see a change in the government.

(3) Jupiter is on the north node of the moon, and Jupiter rules justice and law. The north node represents the direction the native is heading in life, whereas the south node is where it has been. In this instance, it is the country’s direction.  Jupiter will make conjunctions with the north node 23 February, 20 August, and 6 October.  It sounds like a plan was set earlier in the year then Jupiter went retrograde coming within orb (±1°) at 9 August the election day.  After which Jupiter goes direct and will leave the orb on 19 October.   It will likely mean the protests will continue until then.

The interesting point is that on 25 December Jupiter, which rules the ninth house of foreigners or law, is on natal Saturn.  This event can play itself out in several ways.

It remains to be seen, but around the middle of May 2021, Solar Arc Sun will be squaring the tenth house cusp suggesting another revolt against the government.