How to Start a Revolution by Kneeling.

On 14 August 2016, a relatively unseen event spiralled and started a movement.  Colin Kaepernick, a quarterback for the San Francisco 49ers, kneeled during the playing of the national anthem.  While this doesn’t seem like much of an event to rest the world, in the USA it was a big thing.

In the USA and Canada, the national anthem is played ahead of sporting events, unlike every other country where anthems are reserved only for international matches. For the benefit of international readers, Americans are generally overly patriotic.  Having travelled the world, I see people are proud of their countries but not to the extent of the flag-waving that happens in the USA.  When I was living in Michigan, I had to pick up a German colleague at the airport.  Driving from the airport, he saw an overabundance of flags and asked if it was a national holiday in the country.  I said, no, Americans are just this way, they are expected to show they are more patriotic than their neighbour.   Also, Sunday football is almost a religious event in the USA as that is the most popular game in the country.

So back to Kaepernick.  In the summer of 2016, there were several unarmed Black people shot by police and subjected to police brutality.  Kaepernick decided to kneel during the national anthem.  The motive for kneeling was to protest the anthem of a country Black Americans are supposed to love, which is the same that oppresses them. He was protesting the widespread discrimination of Black Americans.  He did this regardless of the repercussions that it might bring him.

His kneeling as seen as an unpatriotic action, and was then equated to disrespecting the Armed Forces and the people who died defending the country, which is a stretch.  As he proceeded to kneel during the national anthem at games in September 2016, he was starting to be noticed which resulted in him eventually being shunned by the National Football League.  He has not played a game since in the league.  Over the following years, this form of protest was aided by the Black Lives Matter movement, and it galvanised with the killing of George Floyd in May 2020 triggering social justice protests across the nation.  Protests against racial injustice spread not only across the United States but also across the world.

When the National Basketball Association restarted after the COVID-19 lockdown, all the players were sporting anti-racism slogans on their jerseys.  Entire teams, including coaches, were now kneeling during the anthem.  The acceptance of this form of protest is a considerable change from the initial reaction to Kaepernick’s protest.  It also marks a difference between the NBA’s reaction compared to the NFL’s reaction, but then again, the NBA is comprised of roughly 75% Black players.

Let’s examine the chart for the first kneeling during the anthem.  The time of the chart is 16:00 on 14 August 2016 in San Francisco which was the listed time for the start of the game.   What can we interpret from this chart? 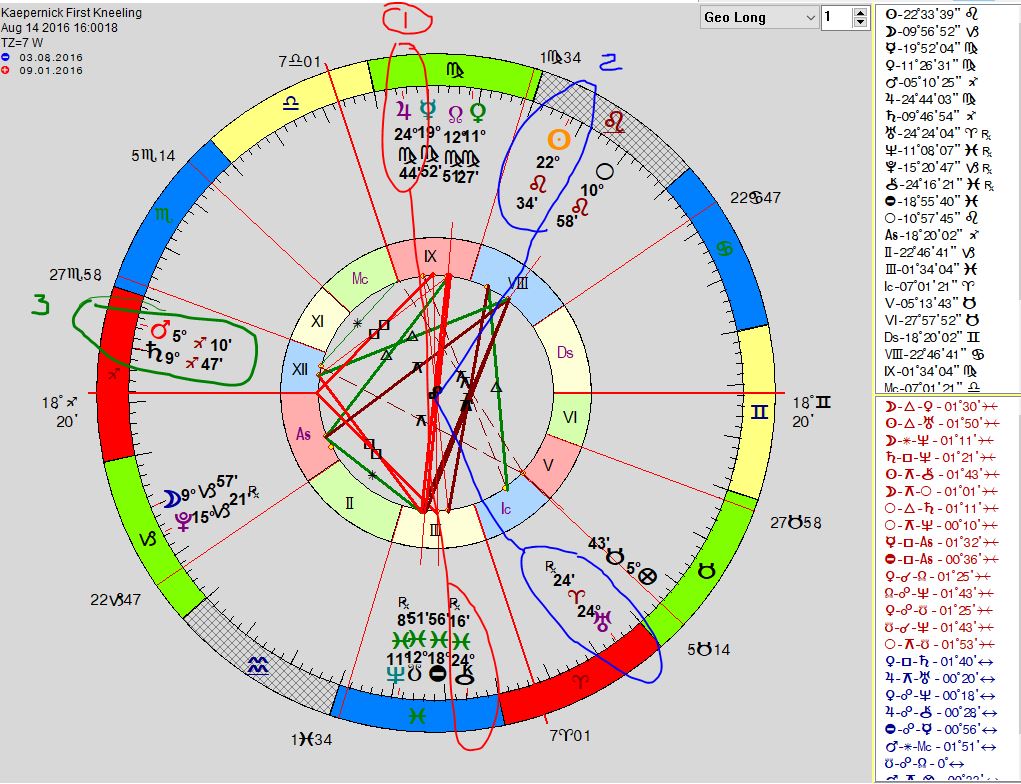 Now, let’s examine this chart against the backdrop to the chart of the United States.  For the USA’s chart, I am using the Alphee Lavoie rectified chart.   On the outside, we have the transits of the day. 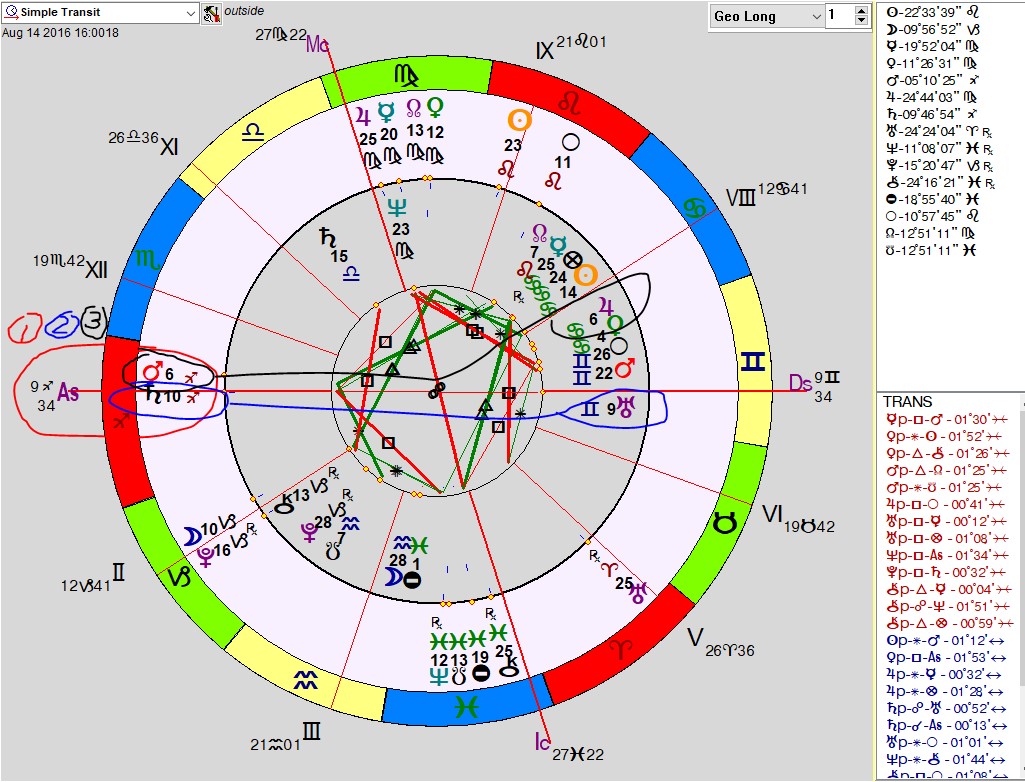 What does Kaepernick’s chart have to say about this?  We don’t have a birth time for him, so we only know half of his story. 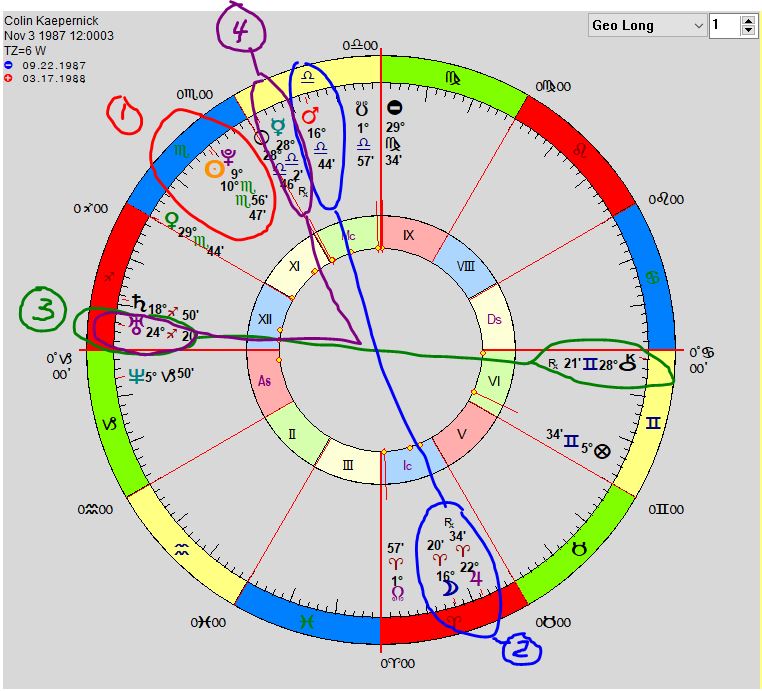 From the astrology of a seemingly innocuous event, with the right person at the right place, one can see it helped spark a challenge to the status quo and the identity of the nation.  He became synonymous with protest and a cog in the wheel of progress.  I am not suggesting the current protests were solely a result of his actions, but it was a catalyst.    Change is necessary and needs to happen now.  How a violent and terrorist group like the KKK is still not labelled a terror group in this day and age is astounding.   What do you think they do, bake sales? The ball is rolling, and it is not going to stop.